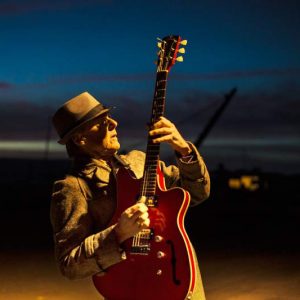 In the early 70s Gary Vogensen’s career got going after a chance meeting and jam session with legendary guitarist Mike Bloomfield, who remained Gary’s advocate and mentor.

He hired Gary for gigs and sessions, and introduced him to many important musicians including Frank Zappa, Mark Naftalin, Nick Gravenitas, Norton Buffalo, and Maria Muldaur.

Gary has been playing and singing professionally now for over 40 years, living and working in the North Bay Area and touring throughout the United States, Europe and the Far East with local and national acts including The Elvin Bishop Band, Angela Strehli, Maria Muldaur, Norton Buffalo, Michael Bloomfield, Commander Cody and the Airmen, New Riders of the Purple Sage, Boz Skaggs, Steve Miller, Etta James, Tracy Nelson, Louann Barton, Rosie Flores, Rick Danko, Lloyd Price, Carlene Carter and many others.