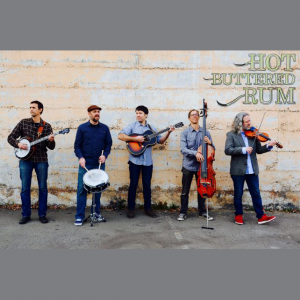 Summer Nights favorite Hot Buttered Rum returns to the Osher Marin JCC – performing for the first time inside, in the elegant and intimate Hoytt Theater

Originally conceived on a backcountry trip of high school and college buddies as a way to re-imagine Appalachian string band music from the vantage point of the High Sierra, Hot Buttered Rum has since found its way into the hearts, minds, and bodies of thousands. The group has toured the nation more times than its members can count, and yet still holds true to its goal to make California’s own acoustic music, full of desert fire, glacial snowmelt and everything in between.

The evening opens with an acoustic set from more amazing local talent as Caroline de Lone takes the stage. Singer/songwriter Caroline follows in the footsteps of father Austin’s talents and has been heavily influenced by many close music luminaries. She has shared the stage with such acts as Elvis Costello, Bonnie Raitt, Nick Lowe, Sugar Pie DeSanto, Sammy Hagar and many more around the globe. 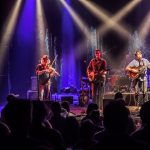