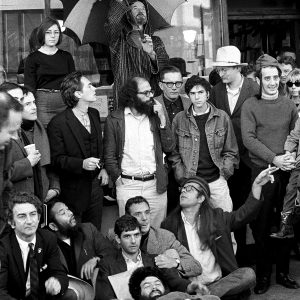 Readings of Beat Era writers associated with the S.S. Vallejo — read your own favorites!

Co-Presented by The New school
Moderated by Steve Heilig

Hear selections from On the Mesa: An Anthology of Bolinas Writing, published in 1971 by City Lights when Bolinas was a mecca for poets representing two generations that shared a similar bohemian philosophy such as Joanne Kyger, David Meltzer, Robert Creeley, and Bill Berkson.

Read your own favorites or share your own short poems inspired by this great literary renaissance.