Howlin Rain – with Asteroid No.4 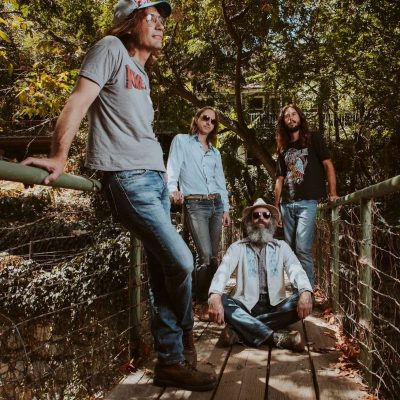 Over nearly 20 years, Howlin Rain may have become the quintessential independent American rock ’n roll band: a steam-spitting Hydra of cranked guitars, kicking asphalt dust through a kaleidoscoping travelogue of desert motels and dives, volleying forth transmissions of sci-fi poetry from the blacktop veins of this cracked and aching country.

The Asteroid No.4 are an American psychedelic band based in the San Francisco Bay Area. Originating from Philadelphia in the latter half of the 1990s, the band began their relocation to the west coast in 2011. The Asteroid No.4’s sound has been called a “hypnotic hybrid of several different genres filtered through the kaleidoscope of all things psychedelic.” Whether it be “Krautrock”, “shoegaze”, folkrock, or even the occasional dabbling in “Cosmic” countryrock, the band have never shied away from wearing their influences squarely on their sleeves.