Irma Herrera: Why Would I Mispronounce My Own Name? 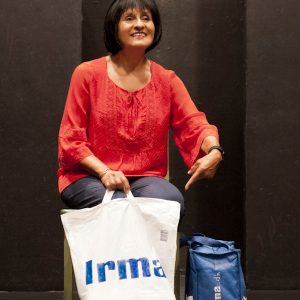 Hearing Irma Herrera give her name its correct Spanish pronunciation leads people to make all sorts of assumptions about her.

When giving her name its correct Spanish pronunciation, Irma often gets the, “where are you from?” question. The assumption: that she is a foreigner.

Irma’s family has been in South Texas for generations, and the award-winning social justice activist, lawyer, and journalist thinks of herself as American as apple pie. Irma’s notes from American history and laugh out-loud humor invite audience members to consider what it will take for everyone to get along.

Why Would I Mispronounce My Own Name? is the first production of The Best of San Francisco Solo Series 2019/20, Brian Copeland Presents in partnership with the Marin Cultural Association.