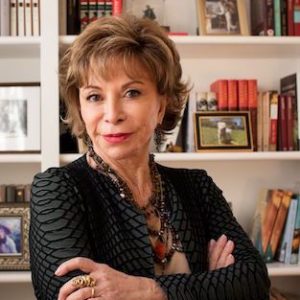 In conversation with Michael Krasny

A masterful work of historical fiction about hope, exile, and belonging, A Long Petal of the Sea shows Isabel Allende at the height of her powers.

In the late 1930s, civil war grips Spain. When General Franco and his Fascists succeed in overthrowing the government, hundreds of thousands are forced to flee in a treacherous journey over the mountains to the French border.

Among them is Roser, a pregnant young widow, who finds her life intertwined with that of Victor Dalmau, an army doctor and the brother of her deceased love. In order to survive, the two must unite in a marriage neither of them desires.

Born in Peru and raised in Chile, Isabel Allende is the author of a number of bestselling and critically acclaimed books, including The House of the Spirits, Of Love and Shadows, Eva Luna, Paula, and In the Midst of Winter. Her books have been translated into more than forty-two languages and have sold more than seventy-four million copies worldwide.

Tickets to Dominican’s Institute for Leadership Studies’ Lecture Series in Partnership with Book Passage events can be purchased through Book Passage by calling (415) 927-0960 ext. 1 or online. Tickets are not refundable. 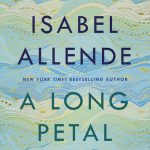