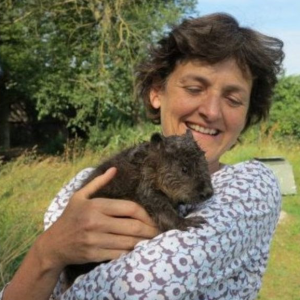 We are very excited to host two writers working at the intersection of the natural/human world for a night of conversation about rewilding, trees, and every day ecology.

Joining us from Knepp Castle in Sussex is Isabella Tree, whose new book, Wilding: Returning Nature to Our Farm was listed as one of the “Ten Best Science Books of 2018” by Smithsonian Magazine.

And joining us from NY, where he is the founder of Urban Arborists, is William Bryant Logan, whose latest book, Sprout Lands: Tending the Endless Gift of Trees, unravels the long history of human interaction with trees.

About Wilding:
For many years Isabella Tree and Charlie Burrell struggled to make a go as farmers, doing everything they could to make the heavy clay soils of their farm at Knepp in West Sussex as productive as possible, while rarely succeeding in making a profit. By 2000, facing bankruptcy, the couple decided they would try something new. They would hand their 3,500 acres, farmed for centuries, even millennia, back to nature. They would let it go wild.

This was no simple matter. What form did the land have before it took on the one that human beings gave it? The answer to that question was controversial and required real, and fascinating, research. The experiment, however, was a success. With minimal human intervention, and with herds of free-roaming animals stimulating new habitats, Knepp is now full of new life. The story of rewilding Knepp points the way to a richer future—a countryside that benefits farming, nature, and us. Wilding is an inspiring story of hope.

About Sprout Lands:
Once, farmers knew how to make a living hedge and fed their flocks on tree-branch hay. Rural people knew how to prune hazel to foster abundance: both of edible nuts, and of straight, strong, flexible rods for bridges, walls, and baskets. Townspeople cut their beeches to make charcoal to fuel ironworks. Shipwrights shaped oaks to make hulls. No place could prosper without its inhabitants knowing how to cut their trees so they would sprout again.

Pruning the trees didn’t destroy them. Rather, it created the healthiest, most sustainable and most diverse woodlands that we have ever known. In this journey from the English fens to Spain, Japan, and California, William Bryant Logan rediscovers what was once an everyday ecology. He offers us both practical knowledge about how to live with trees to mutual benefit and hope that humans may again learn what the persistence and generosity of trees can teach. 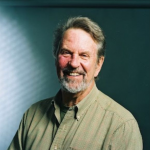 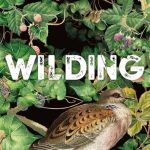 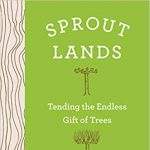