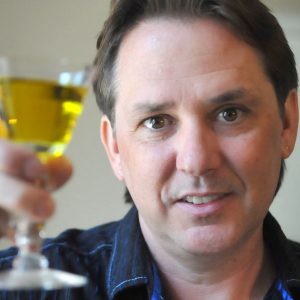 Followed by a Q&A, and book signing with the author.

Jeff Burkhart was born in Monongahela rye country – Western Pennsylvania – where American liquor (in the form of rye whiskey) itself was born. Moving to California with his family he cut his teeth (literally) in Berkeley, California during the protests and the protest music of the late 1960’s and early 1970’s.

These two seemingly contradictory themes would coalesce in his later choice of professions and even later in his writing. Putting himself through college he worked in restaurants and live music nightclubs. Famous names like the Lark Creek Inn restaurant (under chef Bradley Ogden) and the Uncle Charlies nightclub (the setting for the Huey Lewis video: The Power of Love from the movie Back to the Future) soon dotted his resume.

Taking matters into his own hands he opened the Faultline Nightclub in San Rafael CA, which then became a refuge and haunt for legendary musical artists such as Eric Martin (Mr. Big), Jeff Watson (Night Ranger), Steven Adler (Guns and Roses), the Cherry Popping Daddies, Third Eye Blind and many others.

For this bartending career, he has been voted “best bartender” twice, by the readers of Bohemian Magazine (2007), and by the readers of the Marin Independent Journal (2017). Jeff has been profiled in the Tasting Panel Magazine, Capture Magazine and American Way, he has also appeared on America’s Test Kitchen as well as appearing many times in local publications including the San Francisco Chronicle.

Later Jeff returned to San Francisco State University where under the auspices of Jon Burks (former managing editor for Rolling Stone magazine) and Don Menn (founder of Guitar Player magazine) he earned a degree with honors in journalism and was nominated for a Hearst Journalism Award.

In early 2006, Jeff began writing his weekly Barfly column for the Marin Independent Journal, which was then followed by the wine calendar series titled “What Do You Know About Wine?” which became a #3 national bestseller for Barnes and Noble. Barfly has since (in one form or another) graced the pages of newspapers from the San Jose Mercury News to the Tallahassee Democrat, been featured in magazines such as San Francisco Magazine, National Geographic Assignment, Capture and Here.

Barfly was awarded “best column” in California by the California Newspaper Publishers Association in 2014 and was runner up in 2015. These Barfly stories have also routinely served as the basis for many Wikipedia entrees. His story about the Tequila Sunrise for National Geographic Assignment was used as the basis for a series of national commercials for Jose Cuervo tequila.

In 2008, Jeff also began writing the weekly rock and roll insider column, In the Mix, for Here magazine, which continued until that publications demise in 2010.

Jeff has also written over forty features (many on rock and rollers) for over a dozen different newspapers and magazines. He has also written three sets of Knowledge Cards (card decks published by Pomegranate Communications); Name Your Poison, Hey Bartender! and What’s On Tap? that deal with topics specific to bartending and ten more Knowledge Card decks that deal with entirely different subject matters (four of which have been qualified as “best sellers” by Pomegranate). These publications have sold well over 100,000 copies.

Currently Jeff splits his time in Northern California between writing, family, bartending and research, particularly on the disparate worlds of rock and roll and cocktails. Something, it would appear, that he was born to do.