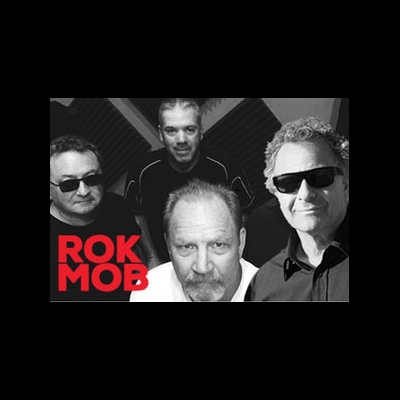 Jeff Ray is an EMMY award-winning songwriter who is a multi-keyboardist/vocalist. He has been a studio musician since the late 1970s. He briefly played keyboards for guitar great Ronnie Montrose. During the 1990s, Jeff was a member of the Marin rock band, Learning Curve. They produced three CDs including a song produced by Johnny Colla of Huey Lewis and the News. Jeff is now working on a solo CD full of new songs reflecting on his journey through music so far.

Jeff Ray has teamed up with veteran guitarist Steve Bonham, drummer Mike Krist, and bassist Ernie Brown, to form the cover band, RoK MoB. RoK MoB will rock you with great hits of the ‘70s, ‘80s, and ‘90s.