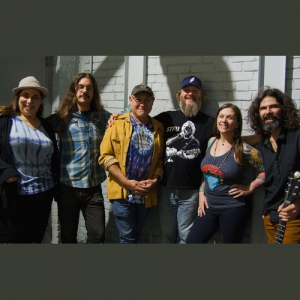 In the GRATE ROOM

Jerry’s Middle Finger, a Los Angeles based band, has taken many forms over the last many years, but has settled sweetly into mastering their true calling… performing and celebrating the music of The Jerry Garcia Band.

With some of the strongest and most seasoned players and vocalists in California’s jam band community on their roster, they have been playing consistently to large audiences all over California, packing venues and getting rave reviews.  JMF has been thrilling audiences all over the west coast with their authentic and passionate tribute to the fantastic music of the Jerry Garcia Band, keeping alive a concert experience that fans hope will last forever.