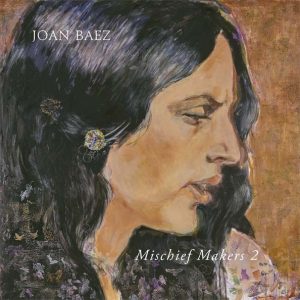 In celebration of the artist’s 80th birthday, with a virtual reception (ticketed, $15)

[Pictured: “Black is the Color” self portrait]

In celebration of the artist’s 80th birthday, a reception will be streamed at 5:30 p.m. (PST) January 9, an interview with Baez, a virtual tour of the show and other festivities and “mischief” to mark this milestone occasion. Tickets are $15 at https://bit.ly/JoanBaezLiveStream.

The archived stream remains available on demand until February 14.

The follow up to Baez’s sold out solo show, her debut as a visual artist, Mischief Makers 2 features a new cast of luminaries and activists in a range of fields — from politics and public health to literature, sports, music and entertainment, environmentalism, spirituality and the counterculture.

Virtual Reception:  Audiences from around the world can take part in the celebration of the art and life of Joan Baez by joining the livestream event at https://bit.ly/JoanBaezLiveStream and purchasing a $15 ticket (a three dollar service charge will be applied). 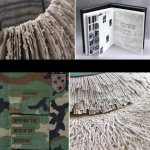 The Art of the Book