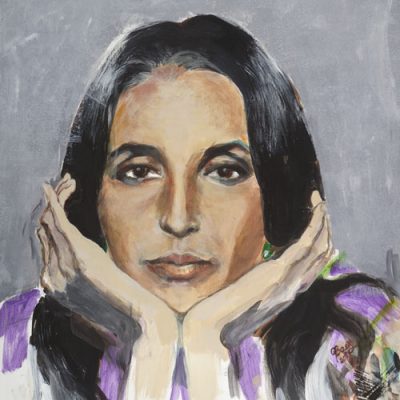 In her first solo painting exhibition, Joan Baez celebrates the “Mischief Makers” – portraits of people who have brought about social change through nonviolent action – the risk-taking visionaries. The exhibition reveals the lesser known “coyote element” – the humor and trickery essential in speaking truth to power, where shenanigans, along with music are the heart and soul of many successful nonviolent movements.

Although there is no admission charge for the exhibition, we have more RSVPs for the opening reception at present than we can accommodate.  We apologize but can not accept any more reservations.

Prints of Martin Luther King, Jr. and The White Flower of Bach Mai are available for $2500, edition of 50. 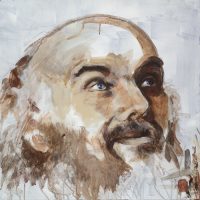 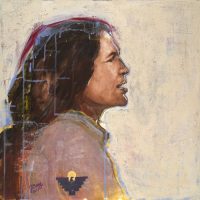 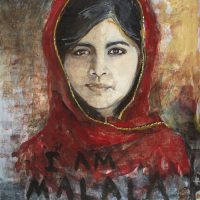 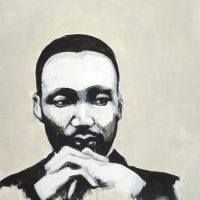 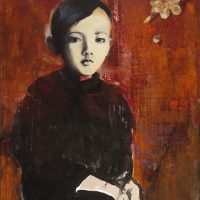 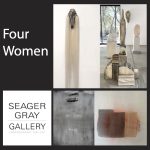 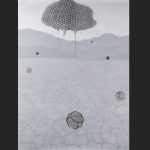