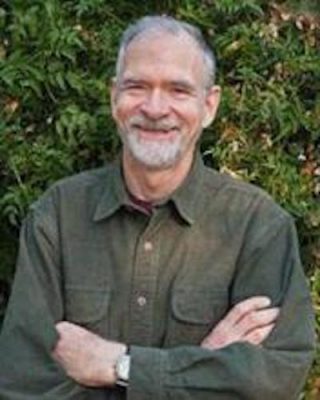 John Hart’s second poetry volume, Storm Camp, draw a lot on his experiences as a rock climber and mountaineer — a scenery in which some readers find religious overtones. Library Journal said of Hart’s work: “The tough-mindedness and technical excellence of these poems demand and deserve discriminating readers. Religious poetry of the first intensity can still be written: Allen Tate, Geoffrey Hill, and now John Hart have done it.”

Since 1970, love of land and love of language have met in the work of poet and environmental journalist John Hart. He is the author of sixteen books and several hundred other published works. Hart was awarded the James D. Phelan Award, the Commonwealth Club Medal in California, and the David R. Brower Award for Service in the Field of Conservation.

Patricia Nelson is an attorney and a board member of the Marin Conservation League. She studied for many years with the “Activist” group of poets in California, led by Lawrence Hart and John Hart. She is a two-time Pushcart Prize nominee. Her debut book, Among the Shapes that Fold and Fly, appeared in 2013 with Sugartown Publishing.

Judith Yamamoto, a long-time Marin coastal resident now a San Franciscan, has periodical publication including Partisan Review, worked with Lawrence Hart for many years. Her book, At My Table, appeared in 2014 with Sugartown. She is also an accomplished quilter.

Bonnie Thomas of Berkeley created the “Poetry of the Heart” series at Open Secret Books in San Rafael while living in Kentfield. As board member of the Marin Poetry Center, she met John Hart and began studies with the “Activist” technique in The Lawrence Hart Seminars. She is recipient of the Sui Generis Foundation 2016 Achievement Award for her 2015 Sugartown debut, Sun on the Rind.