Johnny A. – with Asher Belsky 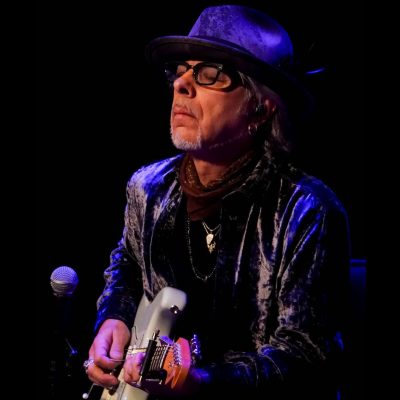 Lots of folks throw around the phrase “let the music do the talking,” but only a few have the fortitude to really do it – to just go out there and play, shunning flash, shrugging off image and reeling in the listener on the strength of the songs alone.

Johnny A. is that kind of performer. For the better part of three decades, the Massachusetts-based guitarist and bandleader has proven himself capable of generating heat at venues from working-class bars to international amphitheaters – and every sort of venue in between.

And when the house lights are turned up, he’s just as adept at captivating serious students of the six-string with a virtuosity that earned him the rare honor of having his name placed on a signature Gibson® guitar.

“I want to create instrumental music and deliver it like a vocalist,” he says “You can be a great player, on any instrument, and people will take notice for a while…but what people really remember is someone who brings them a great melody.”

In September 2021, the band headlined the first post-COVID live show at the Sebastiani Theatre.  They have played a number of other Bay Area venues including the Black Cat, Great American Music Hall, Terrapin Crossroads, and HopMonk Tavern Sonoma.