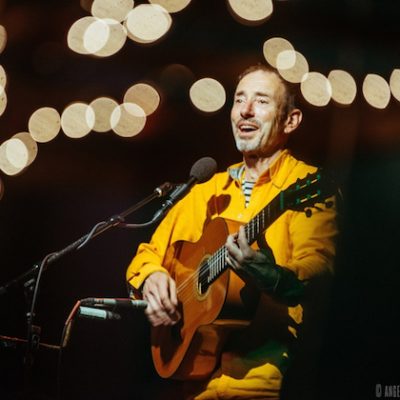 Jonathan Richman has been writing songs, making records and performing live for most of his life, winning fans and making friends around the world with his guileless honesty and playfully catchy compositions. He’s revered by countless fellow artists, and has built a remarkably loyal international audience through his tireless touring. His deceptively straightforward songs embody timeless qualities of humanity, optimism, emotional insight and a boundless sense of humor, untainted by cynicism or transient notions of hipness.

Since the 1976 release of the first Modern Lovers album, he’s continued to record and tour prolifically, first with a series of Modern Lovers lineups, later on his own, and eventually as a duo with drummer Tommy Larkins. Over the years, Jonathan’s music has absorbed a multitude of influences, from doo-wop to country to a variety of international styles, without sacrificing the artist’s effervescent personality.