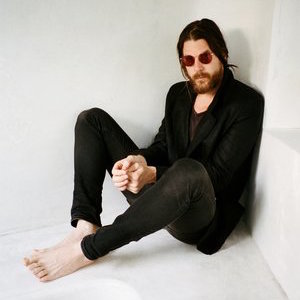 Jonathan Wilson was born in the mid-’70s, but his music most clearly recalls an era whose heyday arrived a few years before he came into the world.

The deep but gentle vibe of his songs is an echo of the Laurel Canyon mellow rock scene of the late ’60s and early ’70s, and it’s no surprise that he found a home in the very same section of California years after the fact, as both a musician and record producer.  Harvey Kubernik, who has been writing about the Los Angeles music scene for decades, told Los Angeles Times Magazine in 2009, “Jonathan’s at the epicenter of what’s happening in today’s LC.”

His most recent album Rare Birds features backing vocals from Lana Del Rey, Josh Tillman, fellow Roger Waters bandmates Lucius and an extraordinary musical gift from otherworldly Brian Eno collaborator Laraaji.  And, for this one, music critics will need to retire the comparisons to heritage rockers and Laurel Canyon troubadours as they’re hardly useful anymore. Wilson’s new sound takes a synthetic/acoustic, best-of-both-worlds analog/digital hybrid approach to achieve a complexity, sonic density and glossy hi-fi coating. Heard for the first time on a Jonathan Wilson album are the sounds of synthesizers and drum machines.