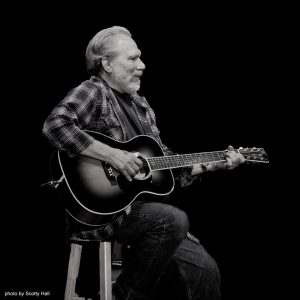 In a career that has already spanned a half-century, guitarist and vocalist, Jorma Kaukonen has been one of the most highly respected interpreters of American roots music, blues, and Americana, and at the forefront of popular rock-and-roll.

A member of the Rock & Roll Hall of Fame and a Grammy recipient, he is a founding member of two legendary bands, Jefferson Airplane and the still-touring Hot Tuna.

Jorma Kaukonen’s repertoire goes far beyond his involvement creating psychedelic rock; he is a legend and one of the finest singer-songwriters and master instrumentalist in music today. Jorma tours the world bringing his unique styling to old blues and writing new songs with insight and imagination.