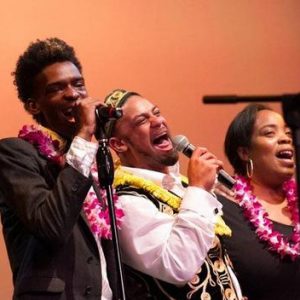 The Prince of Kosher Gospel brings a high-energy captivating performance with an extraordinary message of hope, unity and spirituality.

For Joshua Nelson, kosher gospel is a way to claim both parts of his identity as a Black Jew.

Kosher gospel has been able to retain the same musical cultures of Black African Muslims and Jews with that soul-inflected vocalizations which filled the Black Hebrew synagogue Joshua attended as a child with his family, observant Jews who traced their lineage back to Senegal.

Nelson has performed around the world, for Presidents, congregations, major music festivals—and for Oprah, who named him a “Next Big Thing.”

He has sung with stars from Aretha Franklin to the Klezmatics, and served as the subject of the acclaimed documentary film Keep on Walking. Whatever the venue, Joshua Nelson, the Prince of Kosher Gospel, brings people—and cultures—together in joyous song.

There will be an intermission 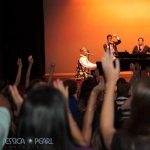 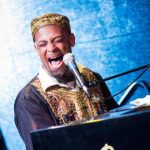