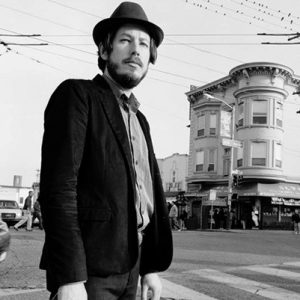 LEAP Presents – Vetiver (solo) – Andy Cabic is a singer-songwriter and bandleader of Vetiver.

He moved to San Francisco in 1998 and has since released multiple albums where Cabic’s talent as a songwriter and musician take center stage.

Cabic will provide the unique chance for our guests to hear Vetiver songs the way they Cabic first developed them on guitar.

He is also a longtime collaborator of Devendra Banhart, having co-written songs and produced Banhart’s album Cripple Crow. He was also at one time a member of the experimental electronic band Tussle. In 2011, Cabic appeared on former Cardinals guitarist Neal Casal’s album, Sweeten The Distance. 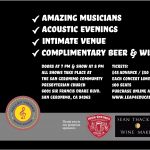