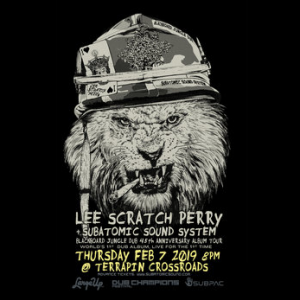 Scratch, now 82 years young, will embark on a tour across North America beginning February 2019 performing his 1973 studio masterpiece live in its entirety for the first time, aided by the technology of NYC’s Subatomic Sound System, his hybrid band of new school electronics and veteran Jamaican musicians from the Black Ark era recordings