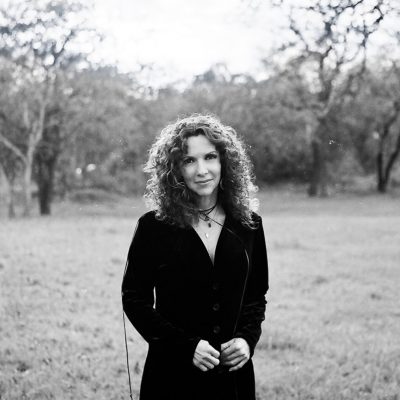 World-class singer-songwriter with a distinctive perspective, looking both inward and outward

On her five song EP Rain in the Desert, Lisa Morales once again affirms her stature as a world-class singer-songwriter, with a distinctive perspective and a remarkable capacity for looking both inward and outward.

The Texas-based artist draws deeply resonant insights from her own experiences navigating the storms of life and making sense of the complex landscape of relationships.

“I just write about what’s going on with me,” she says, “so I can purge that feeling and move forward.”

Rain in the Desert maintains the high standard of emotional forthrightness that Morales established on her prior solo efforts Beautiful Mistake and Luna Negra and the Daughter of the Sun.

Prior to going solo, she recorded four acclaimed albums with Sisters Morales, the beloved sibling duo in which she partnered with her sister Roberta, who passed away from cancer in August 2021.

Rain in the Desert was produced by noted singer-songwriter and multi-instrumentalist Davíd Garza, and features bassist Tim Lefebvre, keyboardist Rachel Eckroth and drummer Beth Goodfellow. The EP also features key contributions from such notable guests as Rodney Crowell, who co-wrote and sings co-lead vocal on the heart-tugging “Flyin’ and Cryin,” which also features Los Lobos’ David Hidalgo on accordion; and Santana co-founder Gregg Rolie, who plays organ and provides backing vocals on the rousing, and the timely topical “Freedom.”

When not writing and recording her own songs, Lisa has found time for various outside projects, such as producing and contributing vocals and guitar to Hayes Carll’s 2002 debut album Flowers & Liquor, and co-writing “Waiting For the Stars to Fall” for Carll’s 2008 album Trouble in Mind.