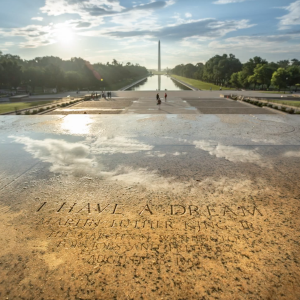 Discussion, with Joseph Schwanter’s ‘New Morning for the World (Daybreak of Freedom)’

In response to the extraordinary events gripping our country, Music Director Alasdair Neale wondered what we could do as an arts organization that would be a meaningful and useful expression.

He found it in our archives. In January of 2014, the Symphony performed Joseph Schwanter‘s moving and powerful New Morning for the World with Noah Griffin as the narrator. The piece was composed as a tribute to Martin Luther King, Jr and features three musical sections, each interspersed with texts from multiple King speeches and writings.

In this video program, Alasdair asks for Noah’s perspective and insight regarding the piece, King’s words, and how they fit into the context of today. Noah draws upon his academic background in history, and his vast range of experience in government, politics, media, and journalism to share his ultimately optimistic thoughts about where we are as a country.

The video concludes with a powerful audio of the Symphony’s performance.

The opening uses forceful brass and percussion interjections to express both the brutality of past injustices and the strength of resolve in those striving for equality and true freedom. The middle section begins in soft meditation, as a hymn. The final section of the piece returns to a kind of determined tranquility that looks to the future, including the famous text from the 1963 “I Have A Dream” speech. 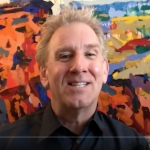