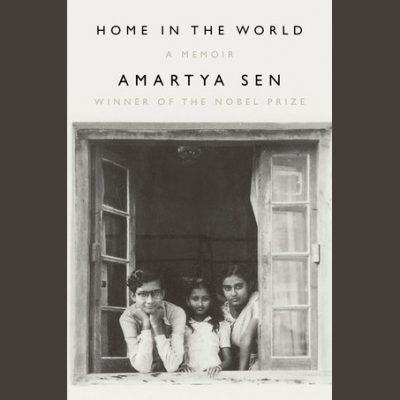 “Home” has been many places for Amartya Sen: from Dhaka, in modern Bangladesh, where he grew up; to Calcutta, where he studied economics; to Cambridge, England, where he taught and worked with other influential economists.

With characteristic moral clarity, Sen reflects on the cataclysmic events that tore his world asunder, from the Japanese assault on Burma and India to the Bengal famine of 1943, the struggle for Indian independence, and the outbreak of toxic nationalism that accompanied the end of British rule.

Still, Sen remains a fearless optimist, continuing even now to work on breaking down barriers between different ethnic groups.

Home in the World: A Memoir encompasses penetrating ideas, fascinating people and unusual places, reflecting an empathy for all of humanity that is undeterred by distance and time due to Sen’s being at home in the world—anywhere in the world.