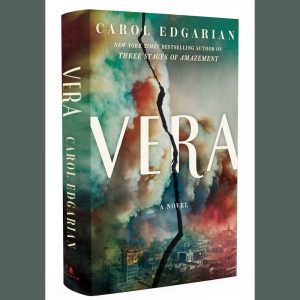 New York Times bestselling author Carol Edgarian delivers an astonishing feat of imagination – Vera: A Novel, a grand adventure set in 1906 San Francisco—a city leveled by quake and fire—featuring an indomitable heroine coming of age in the aftermath of catastrophe and her quest for love and  reinvention.

Meet Vera Johnson, the uncommonly resourceful fifteen-year-old illegitimate daughter of Rose, notorious proprietor of San Francisco’s most legendary bordello and ally to the city’s corrupt politicians. Vera has grown up straddling two worlds—the madam’s alluring sphere, replete with tickets to the opera, surly henchmen, and scant morality, and the violent, debt ridden domestic life of the family paid to raise her.

On the morning of the great quake, Vera’s worlds collide. As the shattered city burns and looters vie with the injured, orphaned, and starving, Vera and her guileless sister, Pie, are cast adrift.

Vera disregards societal norms and prejudices and begins to imagine a new kind of life. She collaborates with Tan, her former rival, and forges an unlikely family of survivors. Together they navigate their way beyond disaster.

In Vera, Carol Edgarian creates a cinematic, deeply entertaining world, in which honor and fates are tested; notions of sex, class, and justice are turned upside down; and love is hard-won.

This richly imagined, timely tale of improbable outcomes and alliances takes hold from the first page, gifting readers with remarkable scenes of devastation, renewal, and joy. Told with unflinching candor and wit, Vera celebrates the audacious fortitude of its young heroine and marks a stunning achievement by an inventive and generous writer.

Carol Edgarian is the author of the New York Times bestseller Three Stages of Amazement and the international bestseller Rise the Euphrates, winner of the ANC Freedom Prize. Her articles and essays have appeared in The Wall Street Journal, NPR, and W, among many others. She is cofounder and editor of Narrative, a digital publisher of fiction, poetry, and art, and Narrative in the Schools, which provides free libraries and writing resources to teachers and students around the world. Edgarian lives with her family in San Francisco.

Tobias Wolff is the author of the novels The Barracks Thief and Old School, the memoirs This Boy’s Life and In Pharaoh’s Army, and the short story collections In the Garden of the North American Martyrs, Back in the World, and The Night in Question. His most recent collection of short stories, Our Story Begins, won The Story Prize for 2008. Other honors include the PEN/Malamud Award and the Rea Award—both for excellence in the short story—the Los Angeles Times Book Prize, and the PEN/Faulkner Award. He has also been the editor of Best American Short Stories, The Vintage Book of Contemporary American Short Stories, and A Doctor’s Visit: The Short Stories of Anton Chekhov. His work appears regularly in The New Yorker, The Atlantic, Harper’s, and other magazines and literary journals. 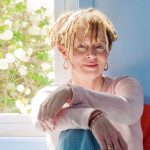 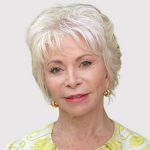 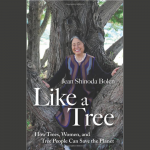 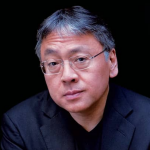 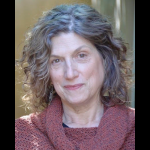