LOCAL>> Ending One Drug War and Starting Another? 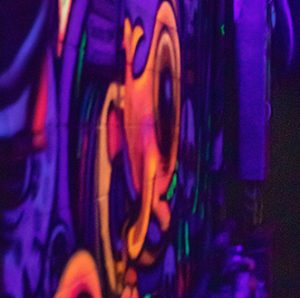 They’ll talk about a wide range of drug policy issues, concerning both illegal and legal substances, what has worked and what has failed, and where to go from here.

Described by Rolling Stone as “the point man” for drug policy reform efforts and “the real drug czar,” Ethan Nadelmann was long widely regarded as the outstanding proponent of drug policy reform both in the United States and abroad. Ethan began his advocacy in the late 1980s while teaching at Princeton; he then founded first The Lindesmith Center and then the Drug Policy Alliance, the world’s leading drug policy reform organization, which he directed until 2017. He also co-founded the Open Society Institute’s International Harm Reduction Development program. Ethan has authored two books on the internationalization of criminal law enforcement (Cops Across Borders and, with Peter Andreas, Policing The Globe), and spoken publicly in roughly forty states and forty countries. His TED Talk on ending the drug war has over two million views. Ethan and his colleagues were at the forefront of dozens of successful campaigns to legalize marijuana, reduce the incarceration of drug law offenders, treat drug use and addiction as health, not criminal, issues, and otherwise promote alternatives to punitive prohibitionist policies.  He recently started a podcast about all things drugs called PSYCHOACTIVE. And he has become increasingly engaged in the debate over tobacco harm reduction.

Host Steve Heilig is a longtime senior research associate with Commonweal, a co-founding director of the Commonweal Collaborative on Health and the Environment, a host of dialogues for the New School, and in other programs originating at or founded at Commonweal. Trained at five University of California campuses in public health, medical ethics, addiction medicine, economics, environmental sciences, and other disciplines, his other work includes positions at the San Francisco Medical Society, California Pacific Medical Center, and as co-editor of the Cambridge Quarterly of Healthcare Ethics. He has served on many nonprofit boards and appointed commissions, and is a trained hospice worker. He is a widely published essayist and book and music critic for the San Francisco Chronicle, Huffington Post, and many other publications.