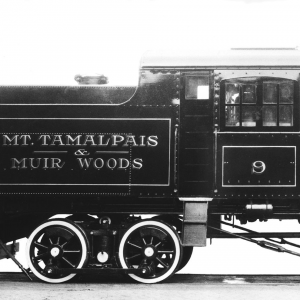 20 years of research: the authoritative story of the Mt. Tamalpais Railway and Engine #9

In 2009, Fred became a published author.  His book, Mount Tamalpais Scenic Railway, is a pictorial history of the steam trains and the twisting route they once climbed to the top of Mt. Tamalpais.  Twenty years of research went into the book and Bill Provines, the last living employee of the railroad, called it “a super job”.

Fred is also the historian of the 116-year-old West Point Inn, the only surviving building of the railway, and president of “Friends of No. 9” a community supported nonprofit that bought engine No. 9 in a do-or-die auction.  It is the last surviving piece of Mt. Tamalpais’s Railway.  Friends of No. 9 has just begun restoration of the 99-year old steam engine.