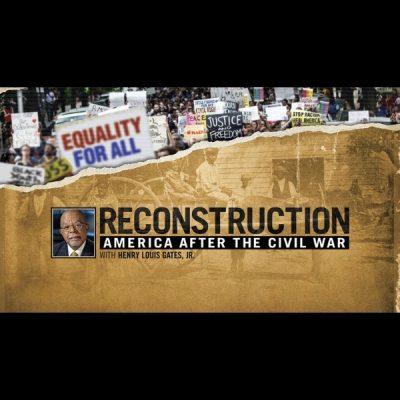 Reconstruction: America After the Civil War

Virtual discussion of PBS’s Reconstruction: America After the Civil War.

The next film discussion in our ongoing Dominican Sisters of San Rafael Gather@Grand film series is Monday, November 28, 2022, when we will discuss PBS’s Reconstruction: America After the Civil War.

The Film Studies option of our Gather@Grand program is designed and co-led by Ms. Linda Pete and Sr. Patricia Dougherty, OP, educators who have led the series since 2020 and provide a study guide and offer a virtual discussion process. Building on the success and interest of this genre over the past two years, we invite participants to view a series of films exploring various tendencies and resolves to sweep racism under the rug and also the courage and persistence to confront it, with study and discussion questions provided by Linda; the films may be viewed when convenient and then Zoom sessions will be scheduled for those choosing to discuss issues in common.

Reconstruction: America After the Civil War
Henry Louis Gates, Jr. presents the definitive history of the transformative years following the American Civil War when the nation struggled to rebuild itself amidst profound loss, massive destruction, and revolutionary social change.

Episode 1 – Experience the aftermath of the Civil War – a bewildering, exhilarating and terrifying time. African Americans who had played a crucial role in the war now grapple with the terms and implications of Reconstruction and their hard-won freedom.
55min

Episode 2 – Discover how post-Civil War America was a new world. Learn how African Americans made political, social, and economic progress in the face of violence.
55min

Episode 3 – Explore the rise of Jim Crow and the undermining of Reconstruction’s legal and political legacy.
55min

The films can be purchased on Apple TV or Amazon. There are 4 films in the series however we will focus on episodes 1-3.

DOWNLOAD THE STUDY GUIDE: Reconstruction America after the Civil War 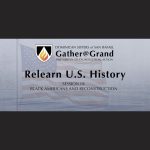 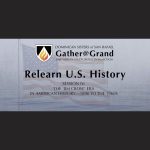