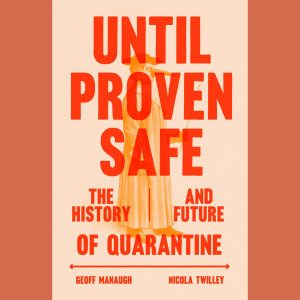 Geoff Manaugh and Nicola Twilley‘s Until Proven Safe: The History and Future of Quarantine is as compelling as it is definitive, not only urgent reading for social-distanced times but also an up-to-the-minute investigation of the interplay of forces –biological, political, technological – that shape our modern world.

Quarantine is our most powerful response to uncertainty: it means waiting to see if something hidden inside us will be revealed. It is also one of our most dangerous, operating through an assumption of guilt. In quarantine, we are considered infectious until proven safe.

We live in a disorienting historical moment that can feel both unprecedented and inevitable; Until Proven Safe helps us make sense of our new reality through a thrillingly reported, thought-provoking exploration of the meaning of freedom, governance, and mutual responsibility.

Geoff Manaugh is a Los Angeles-based freelance writer and the author of A Burglar’s Guide to the City, on the relationship between crime and architecture. A Burglar’s Guide to the City was a New York Times-bestseller for two months, and, in 2016, was optioned for television by CBS Studios. He is also the creator of BLDGBLOG (“building blog”), which explores architecture and the built environment through an expansive lens, including technology, literature, crime, history, archaeology, acoustics, science fiction, warfare, subterranean space, the planetary sciences, and more.

Nicola Twilley is a science journalist, a regular contributor to The New Yorker, and co-host of the “Gastropod” podcast. She is at work on two books: one about refrigeration and the other about quarantine. 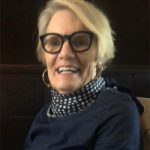 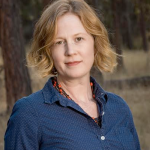 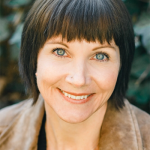 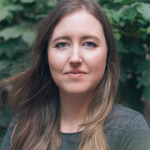 LOCAL>> Charlotte McConaghy with Nina LaCour - Once There Were Wolves 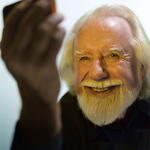 Alvy Ray Smith – A Biography of the Pixel