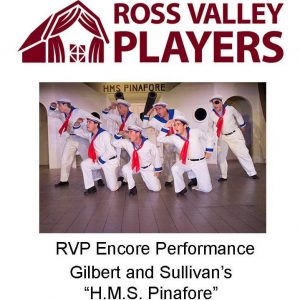 Ongoing: Watch a video of this favorite 2016 production

Gilbert and Sullivan’s romantic romp set aboard a British Navy ship has delighted audiences for well over 100 years.

Ralph Rackstraw loves Josephine, his Captain’s daughter, but Captain Corcoran has arranged she will marry Sir Joseph Porter, the First Lord of the Admiralty.

The topsy-turvy path to true love is complicated by the dark menace of sailor Dick Deadeye and the Sir Joseph’s conniving first cousin Hebe, to the rollicking accompaniment to the Pinafore sailors and Sir Joseph’s sisters, cousins and aunts.

What dark secret will come to light? Will true love prevail? You can count on it.

Please consider donating to Ross Valley Players by clicking on the link here. Your donation will help keep the lights on at The Barn until we all turn the corner on this health crisis.

Thank you for your continued support! 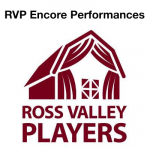