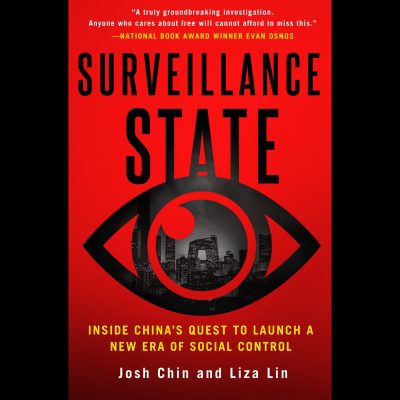 In Conversation with Jiayang Fan

An alarming new reality is emerging in China, where a new kind of political control is being waged through the optimization of technology.

In their book Surveillance State: Inside China’s Quest to Launch a New Era of Social Control, journalists Josh Chin and Liza Lin describe the journey through the new world China is building within its borders, and beyond.

They reveal a future that is already underway―a new society engineered around the power of data and digital surveillance.

Hear more about what could be at stake for the rest of the world.