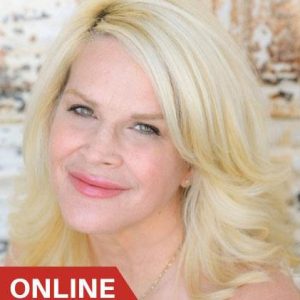 PLEASE NOTE THIS EVENT HAS BEEN RE-SCHEDULED TO WEDNESDAY, NOVEMBER 17

Featured Book:  Awakening to the Fifth Dimension: Discovering the Soul’s Path to Healing

Elevate your consciousness and heal your life.

Discovering her healing gifts after two near death experiences in 2013, she is now one of the most in-demand medical intuitive healers in the nation, traveling the country to speak at events, appearing at major consciousness and global virtual events, and offering healing to those who so desperately in need.

Here in these pages, Kimberly shares her gift for the first time with a wider audience, giving readers the tools to implement this healing in their own lives. Whether you are wrestling with chronic illness, seemingly untreatable symptoms, or other mental, emotional, or physical ailments, Kimberly’s gentle wisdom offers a way forward towards happiness and freedom.

Filled with instruction, case studies, testimonials, nutritional advice, and practical methods to raise your consciousness Awakening to the Fifth Dimension will empower readers to confront their own health struggles and find true, lasting healing.

Kimberly Meredith’s healing abilities have been tested by the famed IONS (Institute of Noetic Sciences, the research organization founded by astronaut Edgar Mitchell), as well as by many other scientific organizations. Her abilities have exceeded those of other medical mediums tested. Through her healing mediumship and code-blinking eyes, Kimberly has helped thousands of people from around the world. In Awakening to the Fifth Dimension, Kimberly provides teachings, healing secrets, nutritional tips and exercises that can assist readers in discovering their own gifts and how to access the Fifth Dimension for self healing. In addition to hosting the syndicated radio show, The Medical Intuitive Miracle Show, Kimberly is a frequent guest on numerous nationally syndicated radio shows, podcasts. She has also appeared on stage as the keynote speaker at the largest consciousness Expos. 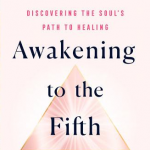