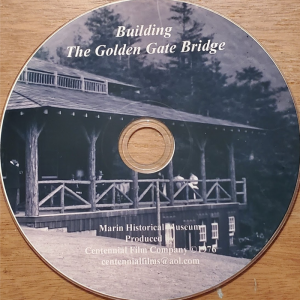 This film was written and produced by Terra Linda and San Rafael High School film students in 1970-76 under the supervision of David Swingle and other San Rafael City Schools personnel and with broad community support.

In 2002, 10 presumably lost student-produced documentaries were rediscovered in a wine cellar by Marin County residents George Gray and Nancy King Hayden.  Mr. Swingle restored them and transferred them to modern electronic formats so that they can be permanently protected.

Come and enjoy the story of the building of the bridge along with great stories and sound effects including the fog horns of San Francisco Bay.

Remember to sign in a little early to assure your spot, since Zoom limits the number of participants to the first 100 to sign into the event.