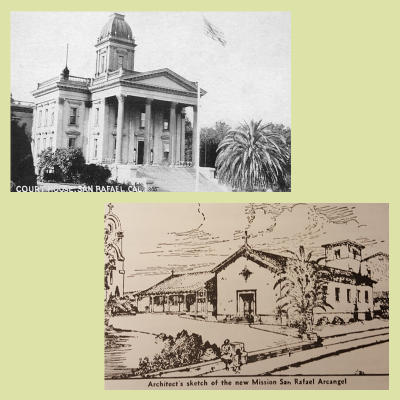 Between 1970-76 dozens of reels of Marin history film were discovered in a Terra Linda garage.

In 2002 San Rafael and Terra Linda High School students converted the film to the latest technology of the day.

Echoes 76 begins with Miwok and Rancho history and ends with each Marin town’s history.

The lost film footage shows the destruction of Hotel Rafael by fire.  Listen to Frank Lloyd Wright describe the construction of the Marin Civic Center.  And much, much more!

Join us and enjoy 200 years of Marin’s past.

Remember to sign in a little early to assure your spot, since Zoom limits the number of participants to the first 100 to sign into the event.