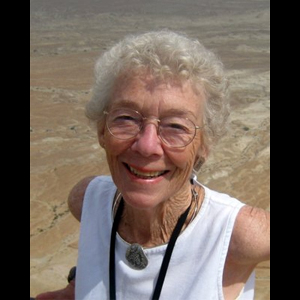 Join art historian Kerrin Meis on a virtual tour of one of her favorite spots in the world: the vibrant capital of our neighbor to the South with its fascinating architecture, lovely parks, and more art museums than any other city in North America.

While the casual tourist may concentrate on the delectable food and exciting nightlife, we will enjoy immersing ourselves in the cultures that have left their mark here — from Aztecs, Maya, Olmecs, to the Spanish colonialists, to the somewhat misguided French, to its Revolutionaries and independence.

We begin in the Centro Historico (a UNESCO site): The Zocalo, a huge gathering place; the Templo Mayor, remainder of the religious center of the Aztec people; the National Cathedral built over three centuries—the oldest and largest in the Americas; the exquisite National Palace with its Diego Rivera mural of the History of Mexico on the staircase; and the nearby Ministry of Education Building with Rivera’s best known murals.

Other highlights include the Basilica of Our Lady of Guadalupe; Chapultepec Castle, housing the National History Museum in the former home of the Emperor Maximilian and his wife Carlota, located in the 1600 acre Chapultepec Park; churches and buildings in out of the way neighborhoods; the Paseo de la Reforma; the House of Tiles, now a restaurant with murals by Orozco; and the unbelievable number of top rate museums — from the famous Museum of Anthropology and the superb Palace of Fine Arts, to the enormous modernist Soumaya Museum, the Diego Rivera and Frida Kahlo Studio Museum, the Dolores Olmedo Museum, the Franz Mayer Museum, and the soon-to-be opened Casa Leonora Carrington. Vamos!