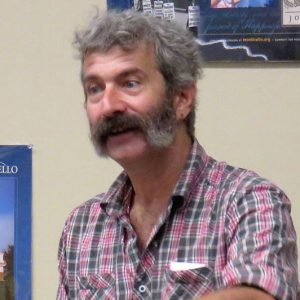 Bestselling author Sandor Ellix Katz joins us for a virtual event for his new book, Fermentation as Metaphor (Chelsea Green).

This event will stream on Crowdcast.

About Fermentation as Metaphor
Bestselling author Sandor Katz–an “unlikely rock star of the American food scene” (New York Times)–delivers a mesmerizing treatise on the meaning of fermentation alongside his awe-inspiring photography of this transformative process, teaching us with words and images about ourselves, our culture, and being human.

In 2012, Sandor Ellix Katz published The Art of Fermentation, which quickly became the bible for foodies around the world, a runaway bestseller, and a James Beard Book Award winner. Since then his work has gone on to inspire countless professionals and home cooks worldwide, bringing fermentation into the mainstream.

In Fermentation as Metaphor, stemming from his personal obsession with all things fermented, Katz meditates on his art and work, drawing connections between microbial communities and aspects of human culture: politics, religion, social and cultural movements, art, music, sexuality, identity, and even our individual thoughts and feelings. He informs his arguments with his vast knowledge of the fermentation process, which he describes as a slow, gentle, steady, yet unstoppable force for change.

Throughout this truly one-of-a-kind book, Katz showcases fifty mesmerizing, original images of otherworldly beings from an unseen universe–images of fermented foods and beverages that he has photographed using both a stereoscope and electron microscope–exalting microbial life from the level of “germs” to that of high art. When you see the raw beauty and complexity of microbial structures, Katz says, they will take you “far from absolute boundaries and rigid categories. They force us to reconceptualize. They make us ferment.”

Sandor Ellix Katz is a fermentation revivalist. A self-taught experimentalist who lives in rural Tennessee, his explorations in fermentation developed out of overlapping interests in cooking, nutrition, and gardening. He is the author of Wild Fermentation and The Art of Fermentation, which was a New York Times bestseller and won a James Beard Foundation award in 2013–as well as the forthcoming Fermentation as Metaphor (October 2020). The hundreds of fermentation workshops he has taught around the world have helped catalyze a broad revival of the fermentation arts. The New York Times calls Sandor “one of the unlikely rock stars of the American food scene.” 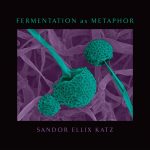