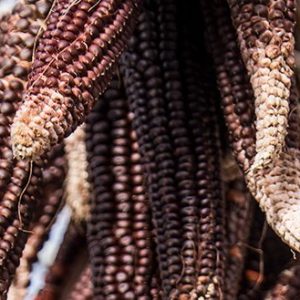 Seed savers Kristyn Leach of Namu Farm and Second Generation Seeds in Yolo County, California, and Jessika Greendeer of Dream of Wild Health in Twin Cities, Minnesota, will talk about the “why” behind their seed-saving practices. Together with Host Tiffani Patton, Jessika and Kristyn will explore the role of seed-saving in preserving and connecting to culture and why we need seed diversity to withstand the climate crisis.

Kristyn Leach grows Asian crops in California’s Central Valley. Her focus is on preserving and adapting Korean plants, agronomic wisdom, and culture. She partners with the Namu Restaurant Group, providing their restaurants with produce and working with their chefs and cooks on breeding projects. She founded a seed line within Kitazawa Seed Company, the oldest purveyor of Asian vegetable seeds in the United States, called Second Generation Seeds. Second Generation is a collaborative project that hopes to connect or reconnect communities of the Asian diaspora with the crops that have sustained them.

Jessika Greendeer is a Ho-Chunk Nation tribal member from Baraboo, Wisconsin, and a member of the Deer Clan. She is currently the seed keeper and farm manager at Dream of Wild Health. Jessika has worked as the Agricultural Division Manager for her nation and had previously served as a garden mentor within her nation’s organic community gardens. She is a U.S. Army combat veteran and completed a Veteran-to-Farmer training program at the Rodale Institute in Pennsylvania.

Host Tiffani Patton is a lifelong “foodie” turned activist, writing and researching food system change for more than seven years. A gifted writer and storyteller, she leads several areas of educational programming, communications strategy, engagement, and internal operations at Real Food Media. She co-produces and co-hosts the Real Food Reads and Foodtopias podcasts with Tanya Kerssen. Tiffani brings years of active engagement in food policy discussions, event organizing, storytelling for change, facilitating important discussions around food system transformation, and the connection of art, music, and culture to food in the Bay Area and beyond.