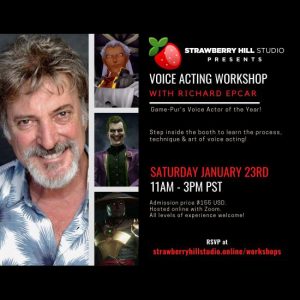 Richard will direct participants with scripts from various anime & video games, and offer feedback on performances. He’ll share some of his own tips and tricks on how to build a character, and how to analyze and breakdown a script.

Richard will also host a Q&A where participants can ask anything they would like about the video game voice-over industry.