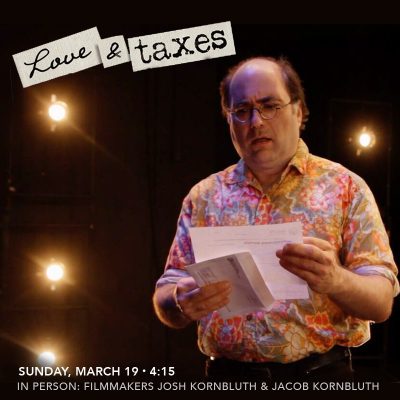 Filmmakers Josh and Jacob Kornbluth (Haiku Tunnel) will present and discuss a special screening of their latest film, which they proudly describe as “the first ever pro-tax romantic comedy.” Based on Josh Kornbluth’s autobiographical monologue, this adaptation combines dramatized scenes with solo performance to tell the often-hilarious tale of his seven years of tax avoidance and ultimate struggle to “rejoin the system”.