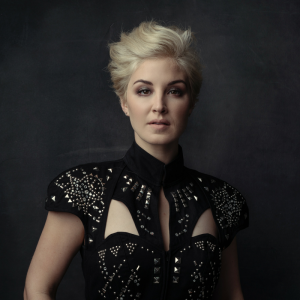 A woman of exceptional versatility and variety, the Nashville-based artist draws from the many musical genres at play in the city — a love of storytelling and substantive lyrics learned from country music, an affinity for finely crafted pop production, R&B’s commitment to an irresistible groove.

Familiar elements all, but Maggie Rose combines them in a singular way. It’s always honest, always her.

Maggie’s band consists not of Nashville’s studio talent but of members of The Morrison Brothers Band and Them Vibes, as well as friends from Nashville’s music scene who are plenty talented in their own right and have played with Kelly Clarkson, Brothers Osborne, Steven Tyler and others. The sound springs from the shared experiences of a community.

Her most recent recordings reveal a singer crafting a sound as varied and nuanced as her musical interests. “It’s nice to be able to feed my creative spirit as often as I want and not be a one-dimensional artist,” she says.

Singer/songwriter Simon Lunche has packed a near-lifetime of musical experience into just 19 years. As the creative force behind Berkeley-based indie-rock act The Blondies, he’s written and produced the band’s entire catalog and made his name as a captivating live performer.

Along with taking up guitar at age five—and soon becoming the youngest endorsed artist in the history of Gibson Guitars—he’s built up a vast musical knowledge that includes composing all the instrumental parts to his songs, from violin and cello to trumpet and sax. Having spent the last decade as a frontman, Lunche is now set to deliver a solo debut that brings a powerful new depth and even more dynamic vision to his artistry. 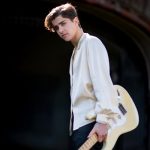