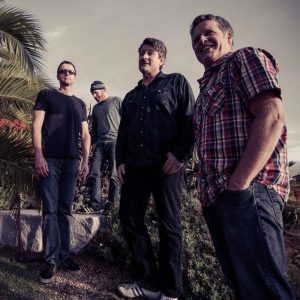 Mark Karan sometimes describes himself as “a male Bonnie Raitt filtered through a psychedelic blender.” Karan oozes passion and rock and roll spirit, presenting his music in creative ways that make folks perk up, dance… and maybe think a bit after the shufflin’s done.

Best known for his extended time around the Grateful Dead scene as lead guitarist for Bob Weir & Ratdog, Mark is far more than his time in the “land of the Dead” might imply… a consummate team player for many years, his six-string contributions have added something special to tours and impromptu sit-ins with a range of headlining bands and musicians.

Fueled by a drive and passion that can only be found when the right souls play music together, El Cajon is a must-see Bay Area Band. Their raw energy and infectious sound is as much the Cars and the Police as it is Arcade Fire or the Lumineers with RJ Holmberg’s lead voice so distinct that you will forever know it when you hear it. Complemented with lush harmonies from all the members, the band creates a unique vocal landscape.

Key to the band’s sound is Mike Rennie’s incredible fiddle playing, often driving a song or adding an orchestral melody over June Holmberg’s Wurlitzer and Accordion and RJ’s telecaster. South Africa meets Texas in the rhythm section with Kyle Hermans energy and pocket on the skins and Martin Ledyard tying it all together with his artful bass playing. 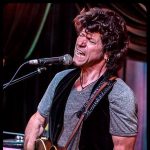 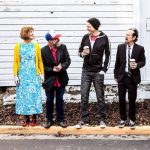