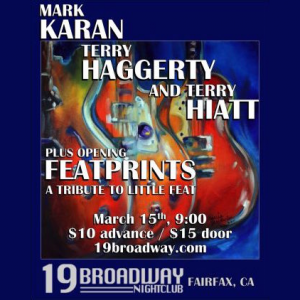 Mark Karan is best known for performing with the extended Grateful Dead family. For the last twelve years, he has anchored the lead guitar slot in Bob Weir & RatDog, playing hundreds of shows to thousands of fans year-round.

Guitarist Terry Haggerty is buried treasure. As guitarist with the Sons of Champlin, Haggerty was always accorded the full respect of his peers on the ’60s San Francisco rock scene like Jerry Garcia, Jorma Kaukonen, Carlos Santana. But even now he remains something of an unknown, a titan hiding in the hills, a legend waiting to be discovered.

Terry Hiatt is renowned by his peers as one of the most inventive and accomplished Bay Area guitarists. Fluent in a multitude of styles and genres, he has forged a name for himself with his unique musical outlook. Terry has made his career working and recording with such artists as Terrie Odabi, the late Sista Monica Parker, E.C. Scott, Paula Harris, Chris Cain, Terry Haggerty, Jerry Miller, Kid Anderson, Lara Price, and Lydia Pense. His playing is a distinctive blend of blues, rock, country, and pop, which he likes to call “American Gumbo.”

Opening the show, and backing the boys, will be the amazing FeatPrints – an all-star tribute to the legendary Little Feat. 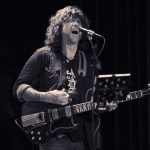