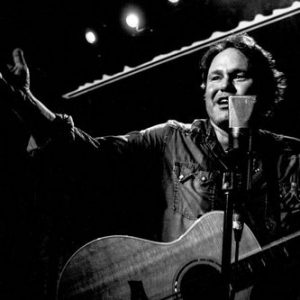 Two soulful troubadors take the stage in the Grate Room

Uninterested in the music of the day, he fueled his dreams with the timeless sounds of classic rock ’n’ roll. As he discovered the dusty old vinyl left in the basement by one his big brothers, his musical fire was lit. Sexton eventually migrated to Boston, where he began to build a following singing on the streets of Harvard Square, gradually working his way through the scene.

His 1992 collection of self-produced demo recordings, In the Journey, was recorded on an old 8-track in a friend’s attic. He managed to sell 20,000 copies out of his guitar case.

Happily and fiercely independent, Martin Sexton launched his own label, KTR, in 2002. Since then he has infiltrated many musical worlds, performing at concerts ranging from pop (collaborating with John Mayer) to the Jam scene to classic rock (collaborating with Peter Frampton); from the Newport Folk Fest to Bonnaroo to New Orleans Jazz Fest to a performance at Carnegie Hall.

Chris Trapper is a storyteller. With his soulful, honeyed tenor, sly humor and an uncanny knack for melody, Chris has traveled the world over, performing to a dedicated and ever growing fan base with nothing but his guitar and his songs. Raised on Prine and Kristofferson, Trapper’s first foray in the music industry was as frontman of the critically acclaimed alt-rock band The Push Stars (Capitol Records). Over the past decade, Chris has become a modern day acoustic troubadour, performing over 150 dates a year as a headliner and sharing the stage with the likes of Colin Hay, Martin Sexton and even John Prine himself. 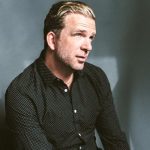