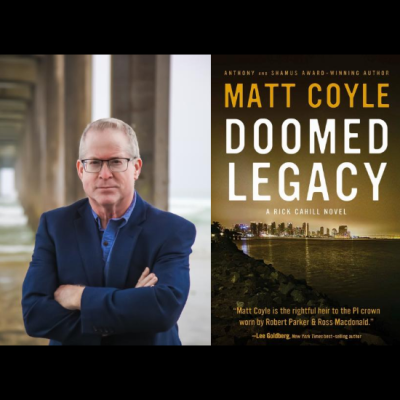 A sinister private detective agency, a shady shell corporation, and a dead friend—Rick Cahill is on his most dangerous mission yet

In Doomed Legacy by Matt Coyle… A rage he can’t control. A family at its breaking point. Killers lurking in the shadows. Battling a deadly disease, Rick Cahill risks his life to find the truth about a friend’s death. Can he stay alive long enough to avenge his friend and keep his family together? Is his relentless crusade worth the risk?

“Matt Coyle is on a roll. Doomed Legacy has all the best of a classic PI novel delivered with the pacing of a thriller. A man driven by discovering the truth no matter the cost, Rick Cahill is the type of human you’d want on your side when things go badly, and his dogged, and at times reckless, pursuit of justice makes for fabulous fiction.” —Danielle Girard, USA Today best-selling author

Perfect for fans of Michael Connelly and John Sandford

While all of the novels in the Rick Cahill PI Crime Series stand on their own and can be read in any order, the publication sequence is:

Matt Coyle is the best-selling author of the Rick Cahill PI Crime Series. He was named the 2021  San Diego Writer’s Festival Mystery Writer of the Year, and his novels have won the Anthony  Award, the Shamus Award, the Lefty Award, and the San Diego Book Award, among others. He  has also received nominations for numerous Anthony, Macavity, Shamus, and Lefty Awards.  Doomed Legacy is the ninth in this award-winning series. Matt is a graduate of UC Santa Barbara  and lives in San Diego. 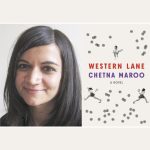