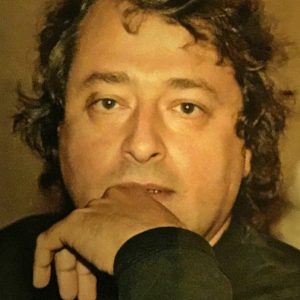 Russian doctor, writer, and publisher Maxim Osipov visits Point Reyes to discuss Rock, Paper, Scissors, the first of his books to be translated into English, with local writer and artist Eric Karpeles.

To learn more about Maxim Osipov, who has often been compared with Chekhov, read this profile in the New Yorker.

About Rock, Paper, Scissors: And Other Stories:
Maxim Osipov, who lives and practices medicine in a town ninety miles outside Moscow, is one of Russia’s best contemporary writers. In the tradition of Anton Chekhov and William Carlos Williams, he draws on his experiences in medicine to write stories of great subtlety and striking insight. Osipov’s fiction presents a nuanced, collage-like portrait of life in provincial Russia—its tragedies, frustrations, and moments of humble beauty and inspiration. The twelve stories in this volume depict doctors, actors, screenwriters, teachers, entrepreneurs, local political bosses, and common criminals whose paths intersect in unpredictable yet entirely natural ways: in sickrooms, classrooms, administrative offices and on trains and in planes. Their encounters lead to disasters, major and minor epiphanies, and—on occasion—the promise of redemption.

A fellow of the Czesław Miłosz Institute at Claremont McKenna College, Eric Karpeles is a painter, writer, and translator. His comprehensive guide, Paintings in Proust, considers the intersection of literary and visual aesthetics in the work of the great French novelist. He is the author of Almost Nothing, a biography of Polish painter and writer Józef Czapski. Lost Time is his translation of Czapski’s lectures on Proust given in a Soviet prison camp, and An Apprenticeship of Looking is his monograph study of Czapski’s paintings and drawings. 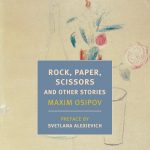