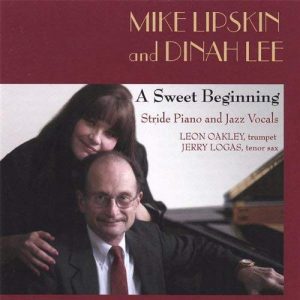 For more than three decades local jazz fans and those from remote parts of the United States and Europe have come to San Francisco’s night spots and concert venues to hear jazz pianist Mike Lipskin perform sparkling musical gems in the Harlem Stride jazz piano style.

Only a handful of contemporary jazz pianists can play Harlem Stride, the sound of Fats Waller, James P. Johnson, Duke Ellington, and Art Tatum. Very few of them play Stride consistently. Mike is one of these exceedingly rare pianists and has even created his own stride sound.

Dinah Lee, a pop queen from the Mod 60s in New Zealand, burst onto the scene with a hit single “Don’t You Know Yockomo?” in August 1964, after singing in her saxophonist father’s dance club. According to Australian rock music journalist, Ed Nimmervoll, in the 1960s, “Lee was the most successful female singer in both her New Zealand homeland and Australia … on stage and on record Dinah had all the adventure and exuberance for the time the boys had.” She is still singing after over 50 years, and still loving it.