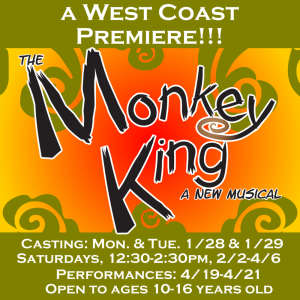 Get Ready for Girl Power! Join us for Monkey King!

A brand new musical based on the famous Chinese fairy tale!  Written by Jonathan and Kimbirdlee Fadner.

A theatrical retelling of an ancient Chinese folktale, The Monkey King is originally part of the Ming Dynasty epic novel, “Journey to the West.”

Be a part of the West Coast Premiere of Common Man Musicals’ modern twist on this classic tale! 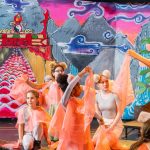