MUSA Baroque Orchestra: The Birth of the String Symphony 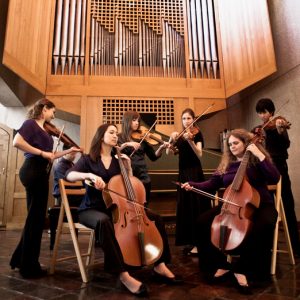 The Birth of the [String] Symphony

MUSA is a chamber ensemble dedicated to historically informed performances of Baroque and Classical repertoire, as well as new music for period instruments. From trio sonatas to orchestral works, MUSA has presented programs on numerous concert series across the Bay Area.

The second half of the 18th century was an exciting, revolutionary time period in music. Changes in style and the instruments themselves corresponded with a new type of ensemble and compositional form.

Carl Philipp Emanuel Bach rejected the conservatism of his father’s music and helped to pioneer a new form, the string symphony. Several generations later, a young Felix Mendelssohn looked back to J.S. Bach and synthesized this inspiration into creating his own neo-baroque string symphonies.

With one foot in the baroque, and one looking forward to the 19th century, this was an exciting time in music! Join Derek Tam, leading SF’s MUSA, for an exciting program of string symphonies!