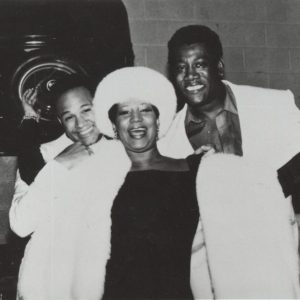 “Aretha knew how to touch the human heart, and the psyche, and the soul of a man and a woman, and just make them feel something that maybe they hadn’t felt before.”
– Narada Michael Walden

Narada Michael Walden began working with Aretha Franklin in the 1980s on her album, “Who’s Zoomin’ Who.” In the coming years, Narada went on to produce four albums and over 15 songs for the Queen of Soul, including her duet smash-hit, “I Knew You Were Waiting (For Me)” with George Michael. Narada and Aretha Franklin were working on songs for a new album at the time of her death.

The Holiday Jam is a popular, unique and joyous holiday tradition where young artists perform with Narada and other accomplished musicians and surprise guests. Narada’s passion is to mentor and inspire young musicians, singers and dancers by giving them the opportunity to perform on stage with legendary artists and work with some of the best musicians and singers in the world. This all comes together in the Holiday Jam—the year’s most anticipated, feel good, spirit lifting, love inspiring show!

Early Bird tickets are on-sale thru October 31, 2018!  We don’t want you to miss out on what’s sure to be another incredible Holiday Jam, so get your discounted tickets now.