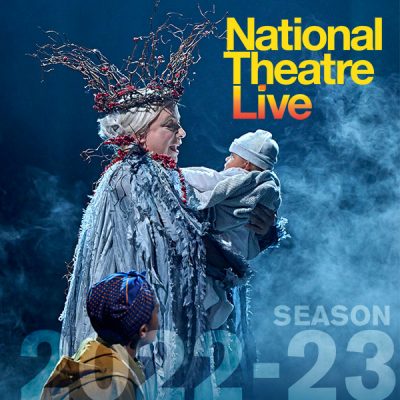 Whether you show up for serious drama, romcoms or sold-out award-winning hits, NTL brings you unmissable theatre, filmed live from Britain’s most exciting stages.

A spectacular exciting production, with beautiful stage projections, puppetry and effects. Set twelve years before the epic His Dark Materials trilogy, this gripping adaptation revisits Philip Pullman’s fantastical world in which waters are rising and storms are brewing.

Two young people and their dæmons, with everything at stake, find themselves at the centre of a terrifying manhunt. In their care is a tiny child called Lyra Belacqua, and in that child lies the fate of the future. And as the waters rise around them, powerful adversaries conspire for mastery of Dust: salvation to some, the source of infinite corruption to others.

Captured Live from the West End in London. Bill Nighy (Pride, Love Actually, The Best Exotic Marigold Hotel) and Carey Mulligan (Inside Llewyn Davis, The Great Gatsby, An Education) star in the critically acclaimed production of David Hare’s Skylight, directed by Stephen Daldry (The Audience, The Hours, Billy Elliot), recorded live from the West End in 2014 by National Theatre Live.

On a bitterly cold London evening, schoolteacher Kyra Hollis (Mulligan) receives an unexpected visit from her former lover, Tom Sergeant (Nighy), a successful and charismatic restaurateur whose wife has recently died. As the evening progresses, the two attempt to rekindle their once passionate relationship only to find themselves locked in a dangerous battle of opposing ideologies and mutual desires.

Skylight was originally produced at the National Theatre in 1995, and won an Olivier Award for Best Play.

Captured Live from the Donmar Warehouse in London. Kit Harington (Game of Thrones) plays the title role in Shakespeare’s thrilling study of nationalism, war and the psychology of power. Fresh to the throne, King Henry V launches England into a bloody war with France. When his campaign encounters resistance, this inexperienced new ruler must prove he is fit to guide a country into war.

ENCORE PRESENTATION (2020)
By Edmond Rostand, in a new version by Martin Crimp
Directed by Jamie Lloyd

Captured Live from the Playhouse Theatre in London. James McAvoy (X-Men, Atonement) returns to the stage in an inventive adaptation of Cyrano de Bergerac, captured live in 2020 from the West End in London.

Fierce with a pen and notorious in combat, Cyrano almost has it all – if only he could win the heart of his true love Roxane. There’s just one big problem: he has a nose as huge as his heart. Will a society engulfed by narcissism get the better of Cyrano – or can his mastery of language set Roxane’s world alight?

Edmond Rostand’s masterwork is adapted by Martin Crimp, with direction by Jamie Lloyd (Betrayal). This classic play will be brought to life with linguistic ingenuity to celebrate Cyrano’s powerful and resonant resistance against overwhelming odds.

Tessa is a young, brilliant barrister. She has worked her way up from working class origins to be at the top of her game; defending; cross examining and winning. An unexpected event forces her to confront the lines where the patriarchal power of the law, burden of proof and morals diverge.

Prima Facie takes us to the heart of where emotion and experience collide with the rules of the game. Justin Martin directs this solo tour de force.

In Brooklyn, longshoreman Eddie Carbone welcomes his Sicilian cousins to the land of freedom. But when one of them falls for his beautiful niece, they discover that freedom comes at a price. Eddie’s jealous mistrust exposes a deep, unspeakable secret – one that drives him to commit the ultimate betrayal.

Considered by many to be the greatest tragedy ever written, King Lear sees two aging fathers – one a King, one his courtier – reject the children who truly love them. Their blindness unleashes a tornado of pitiless ambition and treachery, as family and state are plunged into a violent power struggle with bitter ends.

One summer’s evening, two aging writers, Hirst and Spooner, meet in a Hampstead pub and continue their drinking into the night at Hirst’s stately house nearby. As the pair become increasingly inebriated, and their stories increasingly unbelievable, the lively conversation soon turns into a revealing power game, further complicated by the return home of two sinister younger men.

NEW PRODUCTION
Directed by Emily Burns
By Richard Bean and Oliver Chris based on Richard Brinsley Sheridan’s The Rivals.

After an aerial dog fight, Pilot Officer Jack Absolute flies home to win the heart of his old flame, Lydia Languish. Back on British soil, Jack’s advances soon turn to anarchy when the young heiress demands to be loved on her own, very particular, terms.

Katherine Parkinson (The IT Crowd) and John Heffernan (Dracula) lead the cast in Shakespeare’s romcom of sun, sea and mistaken identity.

The legendary family-run Hotel Messina on the Italian Riveria has been visited by artists, celebrities and royalty. But when the owner’s daughter weds a dashing young soldier, not all guests are in the mood for love.

A string of scandalous deceptions soon surround not only the young couple, but also the adamantly single Beatrice and Benedick.

Duration of show is approximate. Please check the Lark website for details.

(Some exceptions with times on Sundays, check schedule) 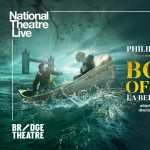 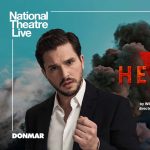 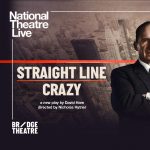 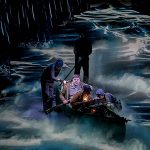 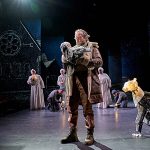 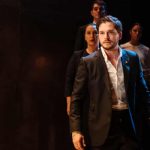 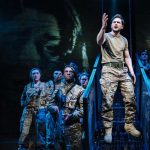 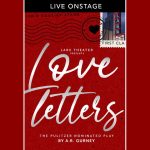 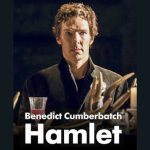 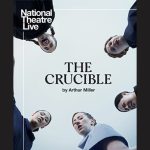