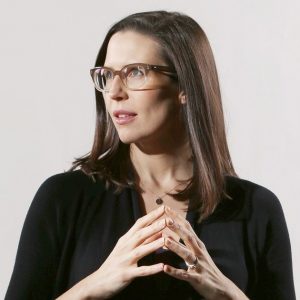 **CANCELLED** One night only! MTC’s playwright in residence + the country’s #1 most produced playwright

Based on guidance from the State of California and Marin County, Marin Theatre Company has made the difficult decision to cancel all future performances of Kate Cortesi’s Love, as well as the special one-night performance of Lauren Gunderson’s Natural Shocks.

We are currently working on offering a recorded video option of both productions for distribution to our patrons.

Based on Hamlet’s “To be or not to be” speech, Natural Shocks is a 65-minute, one-woman tour-de-force play—this staged reading performed by playwright Lauren Gunderson—that bursts to life when we meet a woman waiting out an imminent tornado in her basement.

Her story—and the secret she reveals—puts the reality of guns in America front and center. Natural Shocks is part confessional, part stand-up, and part reckoning.

JUST ANNOUNCED: Opening for Lauren is Ari Afsar (a singer/songwriter and the original Eliza Hamilton in Chicago’s production of Hamilton) who will be performing her original song Tornado. Lauren was so inspired by Ari’s music when working together on their new musical, Jeannette, that she asked Ari to compose an original song for Natural Shocks. This dual performance is not to be missed!

Produced as part of the inaugural Bay Area Women’s Theatre Festival
March – May, 2020

Throughout March, April & May 2020, the baWTF will feature full length theater productions, two readings series and a 24-hour performance marathon (AMPLIFY! April 18-19, 2020) showcasing work written by, directed by and done by women+ and non-binary artists.

This performance is canceled. We are currently working on offering a recorded video option of both productions for distribution to our patrons.